The JSE said the move would allow farmers and abattoirs to protect themselves against the risk created through movements in the price of mutton.

It said the creation of the lamb carcass contract followed a similar move on beef in December 2015. 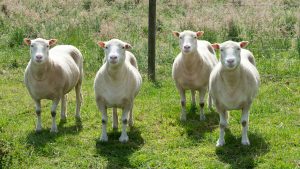 “We have built a strong relationship with the agricultural community and are privileged to now be able to respond to the needs of the livestock sector in managing their price risks.”

The price of lamb has always been driven by consumer sentiment with mutton remaining the most expensive meat consumed in South Africa. Prices rise when consumers buy more meat.

Sturgess said the lamb carcass contracts would allow farmers to hedge against the risk created by such price movements. He said the contracts would also provide farmers and abattoirs with greater certainty about the income they would receive for the meat they produce.

“This can help to support the mutton industry, which is well-positioned over the medium term to benefit from South Africa’s growing middle class.”